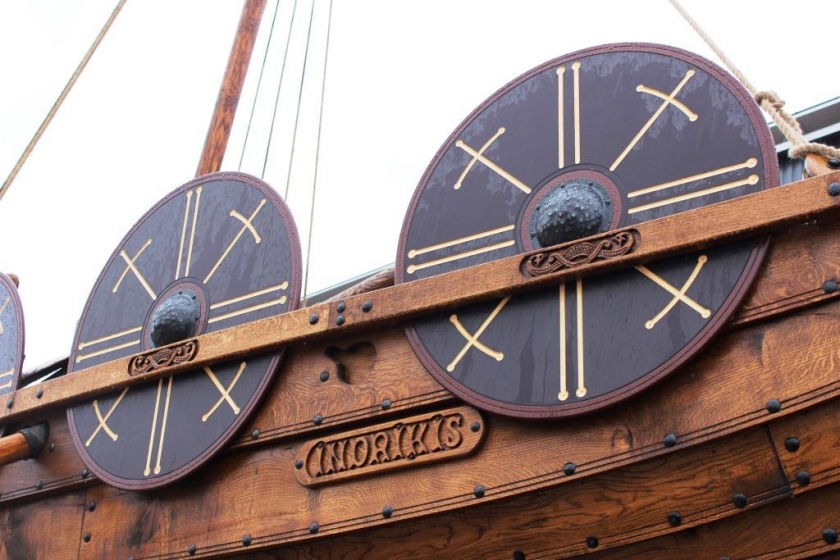 In summer of 2016 the Viking ship “Indriķis”, built by Latvian craftsman Juris Zīle, can be visited in the park of Dole Manor only few weeks more, informs the Daugava Museum.

“Indriķis” is expected to stay in Dole Manor Park until the second week of May.

Shortly thereafter, the ship will be taken to Riga and launched in the Daugava River, offering opportunity to everyone explore it.

The Viking ship “Indriķis” is reduced the replica of the world’s most famous 9th century Oseberg Viking ship, found in Norway. The ship has been built in four years – from 2010 to 2014. Everything – from the preparation of materials to drawings, carvings and ready-made ship – is the handwork.

The ship’s frame, beams and plating is made of oak wood, but a deck of pine wood. The ship was named after the grandfather of Juris Zīle, who was the first conductor of the first two Latvian song festivals.

“Indriķis” is designed for 20 oarsmen. It is abundantly decorated with carvings featuring mythological beings and vegetation.